You are here: Home › Free Software › The quest for the perfect Twitter client on Linux 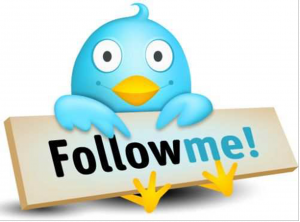 After a few years of announcements, releases and online reviews, I am still out there looking for the right, if not the perfect, Twitter client on Linux. And believe me, this quest is frutstrating.

Why would I want to use a Twitter client on my desktop?

That’s a good question. I could just open a new tab on my browser and have Twitter there. Let’s face it: a good twitter client should bring more value than the web page of Twitter while developing what I feel is the actual raison d’être of an actual client: to make it easy and pleasant to tweet and read the twitter feeds outside of a browser as if Twitter was a separate network. In practice, this means that the way notifications are carried on to the user matters a lot: they must be at the same time non-intrusive yet informative enough while being customizable by the user. The interaction with the browser should be no problem at all while the interface ought to display the twitter feed and a clear interface with additional information (retweets, replies, conversation, favorites…)

If a client is not gearing towards these aims then I actually wonder what good it could provide on the desktop, if any.

In my experience with such Twitter clients on Linux, the issues I faced were often different, and that what contributed greatly to make this a frustrating experience. Basically, several Twitter clients I used had these drawbacks, either several of them at the same time, or at least one of those:

Add to this the fact that for years I really wanted to have a “dual network” client, meaning, I needed to follow both Twitter and Identi.ca . I kind of dropped Identica since last year and I’m now mostly on Twitter (sorry Evan). With this requirement dropped off the choice of clients gets a bit broader but does not significantly change the situation. Let’s turn now to the actual Twitter clients for Linux I’ve tinkered with.

Many years ago, by which I mean those heroic times where people used Gnome 2 and Ubuntu was progressing to the point of reaching the most used Linux distribution on the desktop. There was no Unity, and a bunch of volunteers came up with something really nice for the Gnome DeskBar, which at that time could let you search many things in your system, but not much else. So they developed the ability to tweet from the deskbar, and not just tweet, but dent as well. It worked well… for a while. For one thing, you could not see your twitter feed, but you could post. And then Gnome 3 came in and terminated the deskbar by replacing it with a more central search bar in its new interface. Gone was the deskbar twitter client.

Now it was a nice client for the time, but it was only working with Statusnet microblogs and networks, and while it looked sleek at that time, it was also rather slow.
At some point it became obvious it was also not actively maintained. So I went to look elsewhere.

Gwibber appeared as “the” twitter client from Ubuntu. And it works really well on it too. It has a nice integration with Ubuntu’s interface and the client works with Twitter, identi.ca and several other services. In fact it is one of the most complete Twitter client out there. The problem? I don’t use Ubuntu, I use ArchLinux. Arch Linux does not tweak or customize its Gnome desktop in anyway; what is packaged is what comes out of the Gnome project. Gwibber, however, is packaged in the Arch User Repository (AUR) and I can honestly say that in 4 years I have only seen Gwibber’s integration with a vanilla Gnome desktop improve marginally. In other words: Gwibber is at best extremely unstable but most of the time, will just not start. There’s always some component missing or broken, but surely 4 years areenough for either one of the project to fix that mess? While I cannot speak for users of distributions such as Fedora, Debian, OpenSuse, Mageia, etc. Gwibber seems to be working fine on Ubuntu only, just like it took a long time get Nepomunk’s integration working on distribution other than Mandriva Linux. At the end of the day; Gwibber is not usable today for me. Moving on.

Pino was an interesting attempt, and I’m not sure its original developers ever intended to give it the political twist of being the Twitter client for “the rest of us who don’t use Ubuntu”. Pino is written in Vala, and as such was working pretty well. Helas, it also became rather quickly unusable to the point where it would not start, but reinstalling it would fix that until the next refusal to start, or the next fatal crash. I haven’t tried Pino for a while but perhaps it’s just that I got tired of it.

Hotot seemed nice, but by that time I was starting to get wary of these new Twitter clients for Linux. I tried several versions of Hotot, some were a bit problematic, but tended to work. My main pet-peeves with Hotot? It takes a while to refresh and to load feeds, while its interface does not make it clear what became of the message you just tweeted. What ultimately cut it for me was the actual development of Hotot. If you go to the project’s page today you will see that it did stop at some point. It was however unclear to me even at the time of Hotot 1 and 2 what exactly was happening, as the development started of really fast, then seemed to go through a complete code rewrite that generated some more instability. At the end of the day, I still have hotot somewhere on my systems, but I hardly use it, and it seems to be broken anyway.

This used to be a nice Twitter client. Because it was made on Qt, it was working well on my Mac and my Linux systems, and that made it really interesting. The development stopped though; but the take away here is that its strong points are the fact that it is (was) multi-platform and that its notifications work well. It was however rather unstable (crashes) on Linux.

Choqok
Let me make it straight in one sentence: Choqok works, works well and works fast, it’s too bad it’s not Gnome software as I’m a primarily a Gnome user. But Choqok fits the bill in almost all of the criteria I’ve mentioned above. It’s only issue, I think is that its notifications are just not that relevant. At least, when using KDE it will the number of tweets that are arriving, but in the notification area of the KDE desktop, and that’s about it. I’m sure I could customize it, but I have not found how. So Choqok, which I do use often, is really the client…. if it was not primarily a KDE client.

So far, Birdie is a really nice Twitter client for Gnome; and it is really customizable. It does have some instability but the options are really powerful and I’m sure I haven’t taken advantage of everything it can offer yet. I might be wrong but it seems it is a rather young project started in 2013, and one will have to see its “endurance”. I really wish they can improve their stability, but to me Birdie is the hot ticket of the moment for Twitter clients.

Caveat Emptor: this post is not intended as a way to start a flamewar, but only recounts my personal experience with each of the software I’ve mentioned. Something I’d really like to see would be a LibreOffice Twitter client… more on this later.