With the release of our new LibreOffice 4.2 version and the new website, people have noticed a small yet quite visual change in the way we label the versions of LibreOffice. You now have the choice between downloading LibreOffice “Fresh” or “Stable”. Of course the version numbers do not go away, however it is expected that the first  information anyone might receive about downloding LibreOffice would be these two tags, 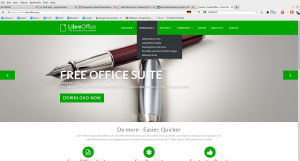 and not numbers. Let me explain a little bit what we are trying to achieve here, as this is at this stage somewhat of an experiment.

LibreOffice release model works according to a time-based scheme and relies on two distinct production branches. This means that we do release versions that are stable and ready for use by anyone based on a pace and a set of dates that have been agreed upon and planned beforehand. By looking at the diagram on the release plan, one will also notice that these two production branches are both stable, but stand at a different stage of their lifecycle. One of these branches has seen her first stable release (4.x.0) some time ago and has seen several updates and patches. This version is now, say, in its fifth iteration (4.0.4) and is thus very stable, very patched and will see almost no changes anymore. In a Microsoft world we would call this “Service Packs”. Around the same time, a new branch has been open, but it is not a development branch, an unstable branch for development: each of the two branches has its daily testing versions, its pre-releases such as betas and release candidates. These two branches are stable no matter what. But let’s go back to the new branch. It will be released roughly around the same time that the older branch reaches its fourth or fifth iteration, and the first version of its new branch will have a .0 at its third decimal. It will then take one the same lifecycle that the older branch, until it reaches its sixth or seventh iteration at the latest. Then this branch will be entirely discontinued in favour of its successor, and so on.

Confused by the version numbers? We thought so too. This is how the idea of introducing names that would label the two distinct branches came up. Mind you: this is not about the newest release as some people thought at first. It is about drawing the line between the two current branches of the LibreOffice production. We thus  picked “Fresh” and “Stable”. it is not entirely clear whether these are the best terms, but we feel they’re working well so far in that they’re conveying complex concepts with simple terms. These also help us avoid rather long and difficult discussions with people who tend to think that we need to release one stable version when it’s ready (what used to happen and not work too well with OpenOffice.org) and people who think that the new branch was a “dangerous” “development” branch only made for people living precariously on the edge. Nothing of that was and is  true; if one wants to try really unstable versions our development builds, and to a lesser extent the betas are here for that. But it is  true that the new branch introduces the new features, while the older one receives rather corrective bugfixes.

In the end, we hope this new naming scheme will bring clarity while combining freshness and stability for the benefit of all. Let me know what you think!