You are here: Home › Ars Aperta › From Darkness to Light

The Enlightenment is best described as an intellectual and philosophical movement that helped shape the European civilization in the XVIIIth century. In a way, it is the time where Europe entered what is sometimes referred as the « modern times ». Unlike the movie with Charlie Chaplin bearing the same name, these times are ones of progressive thinking encompassing the numerous areas of humanities and science.

These were the times that saw the birth of the United States of America, of the French Revolution, of great thinkers such as Voltaire or Newton. Ironically, these were also the times that brought forth the notion of benevolent dictator, a concept today best used in FLOSS but seldom used in today’s politics.

Perhaps more interestingly, the Age of Enlightenment was a time where science marked a clear, and perhaps definitive distance with what some call traditional knowledge. By traditional knowledge I include what makes most of the cultural forms of knowledge that do not rest on scientific approach and rational thinking as their fundamentals. They include “ traditional sciences ” and more generally cultural approaches to areas from as medicine to metaphysics. The Age of Enlightenment thus brought Europe in the modern times, stirring the interest and the passion of both the gentry and the aristocratic class for scientific discovery, antique philosophy and (at that time) progressive politics.Yet at the same time brilliant minds like Condorcet (see the p icture) were busy working on their en 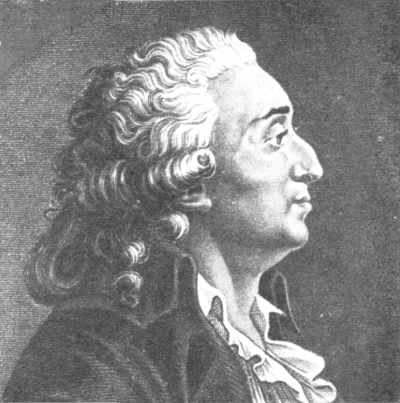 deavors, a counter movement was being formed. It included some powerful movement in the Roman Catholic Church, occultists, con men of any kinds and conservative thinkers who wanted to preserve the “ old” state of things.

Why this movement came to be is out of topic here. One can however describe this movement fairly well, just like Zeev Sternell did. What makes it interesting is that this movement is, just like the Enlightenment, an intellectual movement turned into a political movement. In a way , they are the two sides of the same coin. Both movements still exist today, albeit in a more blurred form.

But what does this “counter-enlightenment” propose? Do we know any of its ideas and beliefs? Can we positively decide about one topic that would definitely carry one enlightened and one counter-enlightened opinion? We can first start to call this counter-enlightenment movement and opinions the “Reaction”. The Reaction can be defined as the action being exerted because of a previous action has taken place and born its fruits. In a historical context, we can have no clearer example than the French Revolution leading to the Empire, and then, as a reaction, the period of French History called the “Restauration” (1814-1830). Given than this period of time saw the return of the monarchy in France, it is sometimes (wrongly) assumed that it was a dark age. Other, clearer examples include the struggle against slavery in the 19 th century. Enlightened views contended that  slavery should be banished. Reactionary views would in contrary justify slavery. 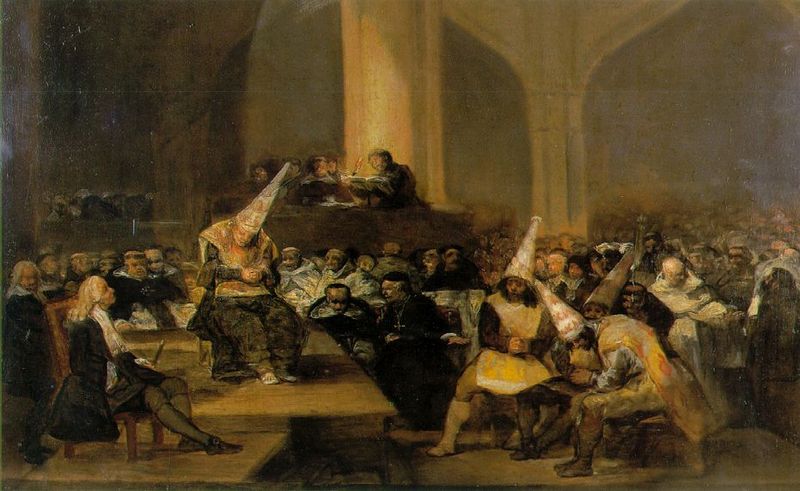 If you take the example of slavery, you may think that pretty much everybody around you is an enlightened person. Wait, it gets more difficult. At the end of the Middle ages throughout the Renaissance, the Roman Catholic Church muscled up its judiciary arm, the Inquisition, in order to track and ban heresy from Europe and its colonies.

The Roman Inquisition left the History with crimson tracks of blood, ruthless torture and absurd crimes. Although this phenomenon existed before the Enlightenment period (which, incidentally, closed the time of the Inquisition once and for all), would that mean that being a member of the Catholic Church makes one part of the Reaction movement? Certainly not. It is of course much more complex than simply labeling somebody according to the way she votes or worships a deity .

That being said, it is important to realize that these two antithetic movements have opposed each other for a long time. One tries to act on the world in order to make it better, labeling different phenomenas as social values evolve with time. The other tries to keep things as they are, or better, casts an hypothetic and ideal past as the reference for the world as it should be.

You will notice that those two currents lie at the root of the western thinking. One uses Plato’s framework of Ideas or, better, the garden of Eden as a conscious or subconscious reference. The other uses the ideas of Progress and rationality as underlying references.

Unite those two, and you shall find a good deal of European thinking.

I already mentioned that we could still find obvious tracks of those two currents today. Conversations with friends and partners at Ars Aperta showed me that we could describe Free and Open Source Software and proprietary software as being the offspring of the Enlightenment and the Reaction movements.

Let’s assume for the moment that the Reaction movement values established order, tradition, and in a word conservatism. It would thus be easy to portray proprietary software as being something akin to a reactionary phenomenon in the XXIst century. I’m not taking this approach here. Rather, it seems more compelling to consider proprietary software as a phenomenon dating back to the seventies and finding a growing resistance at the end of the nineties until today. Under that light, one can analyze proprietary software as being something that, aside conveying the general idea that software should be little more than a black box locked with EULAs and DRMs, carries a deeper and a slighter archaic meaning.

In order to do this, I shall focus on the black box aspect of proprietary software. If one leaves the moral judgment on the lack of transparency and the prohibited access to source code aside, something subtler starts to emerge. The will of secrecy that characterizes proprietary software conveys the notion that software is a mysterious thing, and as such, something to be hidden from the view of the mob and only to be touched by a different caste.

In a way, this view of things is not uncommon, at least on an historical point of view. Antiquity and Middle Age considered technology in a very different way we do today and technology was then held as some kind of magic. People making and using technology back in those days were blacksmiths, monks, glassblowers or alchemists. This leads us to another consideration. If technology, and therefore science, were to be hidden away from the mass of gullibles, it also meant that the view of science was therefore quite different. It could only be taken as a form of magic and as such, belonging to the field of traditional knowledge. Indeed, scientific progress used to take place confined within the realm of alchemy, magic and tradition, to the point where rational measurement of anything in between metrics to innovation was not thought as such in the middle ages.

Starting from the Age of Enlightenment, science and scientific reasoning separated itself from magic and traditional knowledge. A good example of that is that chemistry and alchemy were not distinct fields until the XVIIIth century.

Going back to our matter, I can now turn to Free and Open Source Software and analyze it in the same way: Compared to proprietary software, it constitutes a deep evolution, as it does not veil technology in the shroud of mystery: it makes transparent what was concealed yesterday, and attempts to rationalize what was witchcraft (software development) yesterday. In a sense, Free and Open Source Software is to science what chemistry was when it parted from alchemy (proprietary software), through its open, transparent and rational development model and its demand for openness and call to Reason.

In the light of that, claims about patents and intellectual property sound like medieval views on progress and science: “Do not touch it, I have a patent on that! Do not touch it! It’s a heathen thing!”. The image of the hacker is prone to many similar comments as well.

Where the Reaction comes in is precisely here: Proprietary software companies like Microsoft would not embrace the new revolution, would refuse the enlightenment and would, in contrary, attempt to block and fight anything looking like it. This is how one can compare them to the Reaction.

The good news here are shown by History. The Reaction could impose a fiction of the return to an idealized past (such as the Restauration in France tried to do), but History showed that it was just that, a mere fiction. Underneath it, industrial age was emerging, the new social structures left untouched and rationality largely undebated.

It would be thus interesting to present the phenomenon of Free and Open Source Software as a rational revolution in the field of software development and ultimately something benefiting the society as a whole, leaving the oracular thinking of proprietary software back in its holistic delusions.

I’m no naïve though. I know that people seldom know to what they work and rarely realize what message they are carrying for future generations. In the end, we all go to the grave and future generations will call us History.

Let the Light enter your Soul!