During the last OpenWorld Forum in Paris there were a lot of panel discussions and talks, private and public about the trends in Free and Open Source Software. I was part of a panel about FOSS communities growth and development and there was in the room next to us a legal track that was also very interesting. I’d like to come back on a few topics that may not be overly new but that generate both a lot of misunderstanding as well as a lot of debate.

One could roughly summarize them with a simple question: Where is Free & Open Source Software going? Obviously there is no easy answer, on a legal point of view as well as on a social, business and even political level. Nonetheless the question remains.

Quite interestingly there is a recurring theme on the “professionalization” of FOSS, the consolidation of the sector and its ever growing adoption by the enterprise world. This, of course, is very true and we don’t need to be experts in the field to get the data on the enterprise adoption of Free & Open Source Software not just in terms of usage but in terms of the growing list of vendors and other entities engaging in FOSS projects. This theme however, comes with an interesting set of observations on the demise of the GPL and the rise of the Apache Licence , the improvement of licensing compliance and code auditing, more transparency in the code sourcing and ownership, as well as the upcoming extinction of the wild and hairy hackers and the rise of clean enterprise developers. There’s a lot to be said about that, but there’s also some truth. Yet the key, according to me, is not that the rise of the enterprise in FOSS is changing things, but that FOSS continues to permeate technology and innovation. In this sense, it’s not one brand of FOSS vs. another but a net growth that brings in more diversity to the mix. 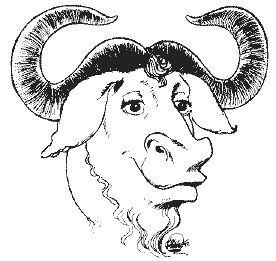 But let’s quickly review some of these topics one by one. The alleged progression of the Apache license vs. the GPL is very open to debate as some other interpretations show it. A software licence does not by itself cause the success or the failure of a project. But it certainly helps framing the kind of project it’s going to be. On the other hand, the uptake of the Apache Software License might not necessarily mean that it’s “more business friendly” or more understandable than the GPL: it may signal a willingness by some large enterprises to engage in FOSS projects without letting go of the ability to proprietarize the software covered by the licence. Something must be said in regard of the diversity of business models that one can derived from a software licence: the ability to turn code that is available under a FOSS licence into propritary software only serves specific aims or specific business models. Code under GPL or other copyleft licences can serve other business models too and in some cases such licenses can even act as an effective shield against the predation of competitors who would then either need to fork the project or collaborate instead of taking the code and monetizing on it directly. Last but not least, there are macro-economical observations linked to this perceived (yet not widely accepted) trend. I’d be happy to hear Stefano Maffuli’s opinion , as we almost started to have a very interesting public discussion in Paris on this topic.

The legal track and panel discussions highlighted in-depth discussion about the necessity of trackability and auditability of FOSS code. In this field, the number of players have grown aside the established ones such as Fossology, BlackDuck and the Linux Foundation to include newcomers such as Bitergia and Antelink (interestingly enough, both are Europeans). These matters are very interesting but lead to very different perceptions for the potential market according to whom it lends its ear. One school tends to emphasize on copyright violations, patent infringements and all sorts of legal risks that FOSS brings on the table because of the publicity of the code it directly implies. Another school emphazises  the need of trackability for industrial players and the upstream potential for code reusability. This thinking goes a bit like the aerospace industry where each component and sub-component must be sourced and identified, then tracked in the supply chain and on to the assembly line. These players, old and new, come with ever more granular solutions to audit the code components of FOSS licensed software, handle its lifecycle and manage its licensing pool.

So where does that leave us? Where is Free & Open Source Software headed to? On the one hand, there is a trend that seems to veer it towards a more professional field, with new analysis and tracking tools that aim at improving not just the quality of code but its legal compliance as well. More and more large companies adopt FOSS either as users or as developers, or both, and that’s a good thing too. But does this announce the upcoming end of copyleft licences and that more structured approaches will ultimately kill the wild and spontaneous bunch that FOSS “once” was? No it won’t. First, the FOSS adoption among enterprise field does not depend on one license only. There’s also a lot of enterprise software released under GPL, by the way. But perhaps we have to accept and embrace Free and Open Source Software for what it is: an undefinable field that is at the same time a state of the art, a set of business models around software and services, a demand for our digital freedoms and a set of best practices on digital innovation alongside an extremely effective way to license software. And yet I’m not even sure I’ve covered it all. Today FOSS is growing not just in the enterprise: it’s at the core of the Makers’ movement and the 3D Printing revolution; it has inspired the Open Hardware movement, the Open Knowledge and countless other initiatives. Very few of these have reached a maturity stage and even inside the realms of FOSS development, things continue to be the same: at the beginning, a developer has an itch to sratch, and code to share with the world….