One area on the Linux desktop that remains surprisingly conservative is email – email clients and webmail alike. While most if not all of the formats and protocols used are true open standards, you would think there could be a broad range of clients and webmails for Linux out there. Let me correct that: webmails are in a league of their own and I will not enter the webmail vs. email clients discussion. Many things are changing in that field, but one must differentiate between the actual email service, like GMail, your corporate mail, the webmail software (Roundcube, Horde, Citadel, Squirrel, etc.), the groupware platform (Kolab, Blue Mind, OBM, eGroupWare, and many others) and what lands and gets edited, if you’ve chosen so, in your email client, meaning the actual software program running distinctly from your web browser and handling anything from emails to calendars and contacts. Today I will focus on the email clients on the Linux desktop. I do not pretend that my list is exhaustive; it is but a personal selection; I have also excluded email client such as Mutt, mu4e, VM, RMail, Ner, Wanderlust, etc. as I will only be speaking of graphical email clients on Linux, at least the ones I’ve tried.

Let’s face it: Mozilla Thunderbird is unavoidable. The reason it is so  popular is that the choice of an actual email client other than Outlook or perhaps Lotus SameTime on Windows is actually quite reduced, aside the blue bird and perhaps the Pegasus mail. Anyway, Thunderbird occupies a strategic segment, so to speak, in that it is really multi-platform and caters to most peoples’ needs. I did  use Thunderbird and in many ways I really like it. I do have two real issues with Thunderbird though. The first  one has nothing to do with the software itself: It is that we -and by we I mean almost everyone I turn to- don’t know anything about the future of Thunderbird. What Mozilla plans to do with it, how the project works, where it goes is unclear. Thunderbird is being maintained, and before you ask, no, the Document Foundation will not develop Thunderbird in the future.

The second issue I have is that because of some subtle combination of factors mostly related to the mbox implementation in Thunderbird and the general application performance, the email client can be an absolutely awful resources hog. In fact, for anyone relying on email client with large or even huge email boxes, I would argue that Thunderbird is not the best option, even if its extensibility seems to keep some portion of its user base happy. Basically, Thunderbird will do the job but if you’re down to three different emails and a few gigabytes of inboxes your computer will turn into an oven, and a slow one at that. Be it as it may, Thunderbird’s value, I think, lies in its ability to address almost everybody’s needs without being “feature complete” in any way.

At this stage you may be thinking that if I call Thunderbird a resources hog then Evolution must feel like crushing an ipad under a truck. Well, I have used Evolution intermittently since 2003(!) and I have seen it, er, evolve. Yes, Evolution was terrible for years in terms of resources and stability, although the features it offered and still offers are unique on Linux. After Gnome switched to its 3.x.x branch however, Evolution started a major rewrite and things improved considerably. 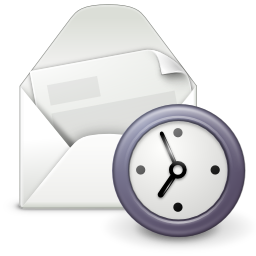 I have been using Evolution for over a year in 2013. I know that Red Hat invested more resources in it after a few other hackers left. Surprisingly enough Evolution is faster and lighter than Thunderbird for large inboxes and multiple accounts. It also handles all sorts of mailbox formats and relies on the maildir format as a default, which does make a difference with large inboxes compared to mbox. One misconception I have also seen is that Evolution only handles one inbox. It is not true, you do have one global inbox for POP and local email accounts and inbox folders but if you use IMAP on several of your emails you will use several inboxes and of course several accounts. Feature-wise, Evolution offers what you expect for  a corporate environment, meaning not just mail, but an actual working calendar, contacts management, tasks, memo, meeting planning, etc. If you do not have specific needs for calendaring and do not handle a lot of emails, then Thunderbird might become a more compelling option, although that is not really a really clearcut choice.

Readers of this blog will remember that Claws

is my main email client, so don’t expect me to criticize it… or wait. I love Claws. It handles my gigabytes of email graciously, has built-in search that’s faster than anything I’ve witnessed (Thunderbird does not come close to that), handles the MH and the mbox formats like a charm… what’s not to like? Indeed, not much. True, the interface is not the most modern although a careful choice of iconsets can definitely improve the looks of Claws. On the other hand the interface is not antique and is very clear. Where I see limits is not in Claws’s mail handling but on pretty much everything around it. For email clients, this means at least contacts management and calendar. On these two fronts, Claws Mail is not on par with Evolution or Thunderbird. Let me explain.
When it comes to contacts and addressbooks, claws is doing relatively fine, especially on fields completion and contacts search; but the actual interface of the addressbook and the management of contacts is rather poor, so poor in fact that the Claws Mail project has started a rewrite (the first one since their fork off Sylpheed) of the contacts management module. The other area is the calendar. There is no calendar in Claws officially but there’s the vcalendar plugin. Help is very welcome in improving it feature-wise, but in making it actually usable. There’s a bug with recurring appointments that’s been driving me crazy for something like 3 years now. What can you do with this calendar? Receive invitations, send them, getting notifications. All this works if they’re not set as recurring events and if you like austere interfaces. Do not expect more from vcalendar though.

use these two are very well integrated. I do not use Kontact on a regular basis: I’ve tried it and tested it several times. It has a very broad range of features which sets this KDE email client somewhere on par with Evolution but I have not tested its performance entirely. My problem with it? I don’t have a problem per se, I have seen Kontact working in conjunction with the Kolab plugin and the data sync is impressive. But I don’t use KDE regularly, and don’t intend to use it in the forseeable future.

I have either given a few of them a try, or not at all, but it does not mean I am not interested or that they’re not good. Here are three of them with cursory notes:

What’s your take on email clients on Linux? I love the diversity and range of choices available, but feel a bit disappointed by the lack of awareness coming from Linux users about these projects. I hope this post can help improve things a bit!