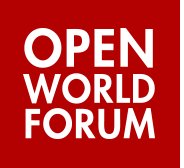 This year the OpenWorld Forum in Paris will take place the 30th and the 31st of October. I will be one of the speakers of Community Track, and I’ll be discussing the Document Foundation’s example. My co-panelists include representatives of the Eclipse Foundation, the OW2 Consortium, Red Hat and others. The main point of this panel will be to focus on the benefits and drawbacks of setting up a technical and legal infrastructure for FOSS projects. It is one of the very few panel discussions that will cover this interesting yet a bit obscure topic, and I would like to share some of my own thoughts on the matter.

A Free Software development project needs developers, a licence, and tools to be developed. This requires an original author, or a team of authors, the choice of a license (it does not need to be complicated), a decision on who owns or does not own the copyright on the code, and a set of tools that will enable the development of the software alongside communication tools, such as one or more mailing list, perhaps an IRC channel and a web page – even a website for the ambitious ones. Documentation is also handy, alongside some basic instructions on how to get the software in its binary and source code form.

Having an entity running the whole project from the beginning seems both ludicrous and of the highest importance. What comes first is what I’ve just outlined: license, copyright, development and communication tools. All this can be handled by a supporting entity; but all this could as well be managed by one or more third party: GitHub is one obvious example; but more complex cases can also be thought of: The OW2 Consortium, the Apache Software Foundation, Eclipse, and of course the Document Foundation. There are other similar entities in the Free and Open Source Software world. Why should developers care then? Isn’t GitHub the easiest choice? Why would I want to open a project hosted by a third party entity? Here’s the short answer: It depends of your project and there is no silver bullet. I will pick the four entities mentioned above, and I’ll higlight some of their specificities. It will give an idea of the different approach given by each of them:

In the case of the Document Foundation, the LibreOffice project needed an independent, solid and meritocratic entity dedicated to support it. In other terms, the OpenOffice.org community wanted to be its own boss and stop relying on corporate – or even third party – good will. If you attend the Community Track on the 31st you will be able to learn more about the Document Foundation and the other entities, but my message here is that while there is no silver bullet in these matters, forcing a community be hosted or to bend to a software vendor never works. It bends if it wants to; it goes whereever it wishes to go. In the case of the Document Foundation, independence and community rule prevailed over convenience; today the results do not need to be proven anymore. But it does not mean we hold the truth more than anybody else: we just ensured the community was in charge.

Looking forward seeing you next Friday in Paris!

One Response to "Pondering FOSS foundations"