You are here: Home › Ars Aperta › Is there really an Open Source “Tea Party Movement”?

A few days ago ZD Net’s anchor Dana Blankenhorn came up with an interesting theory. Because of the recent Bilski judgement by the Supreme Court of the United States of America, the Free & Open Source Software community seems to be divided and looking for scapegoats. One of his “leaders”, Florian Mueller, is actively pointing at IBM as being the source of all evil. By evil, he means software patents,  but perhaps also the latest iPhone blunder, the gigantic oil spill in the Gulf of Mexico and probably AIDS as well.

To the credit of Florian Mueller, he’s been involved in the fight against software patents for over 10 years. He also seems to have worked for the Real Madrid Football Club before landing back in Brussels to defend the poor millionaire Monty Widenius against Oracle. Now Florian is all about IBM and claims that IBM essentially shot down the debate on software patents at the Supreme Court by addressing a “Friend of the Court Brief” in which IBM was essentially explaining the Court should not outlaw software patents right away, as these were valuable intangible assets that could badly hurt US companies. Florian Mueller has also been behind the infamous “Open Mainframe” initiative, targeted again at IBM and involving himself in an existing anti-trust case.

I disagree with Dana Blankenhorn on several points. First, Florian Mueller is by no means a leader of the Free & Open Source movement.  Florian had his shot several years ago when the debate on software patents in Europe emerged and was a defining moment for the European community of digital rights and innovation proponents. It was in a sense a “rite of passage” for many. Since that time, some went their own way, some others maintained the flame and vigilance that is tested again these days.  Florian was part of the former group. He went to work for the Real Madrid Football Club, and we somehow lost his track.  Sometimes after the OOXML standardization odyssey, Florian took several planes to Brussels. He went to see many people, including many of my own personal friends and colleagues. His big project was to crush IBM, and Oracle, and anyone who was benefiting from software patents. Well, not exactly anyone: Microsoft was thoroughly avoided each time, sliding through the raindrops, but leaving everyone with an odd taste in the mouth. Soon enough, Florian’s campaigns, backs and forths appeared to many as  they have always been since his come-back: an over-inflated bag of wind.

Let me explain: There is no division when it comes to software patents inside the Free Software & Open Source community. Software patents are evil. They stifle innovation. When used by patent trolls “non-practicing entities” they are at the core of a despicable racketeering system that can at times be seen as proxy war between some large software vendors. When piled up by software vendors, they are used as weapons of mutually assured destruction. That is, by the way, what the Open Invention Network is doing, piling up patents and neutralizing them, and it’s one of the reasons why Canonical recently joined it, as Ars Aperta has done a few years ago. Let there be no doubt: Software patents suck. We do not want them in Europe, no matter how high the pressures are. In this game, every major software vendors has patents on software: IBM, Oracle, Google, Microsoft, Computer Associates,  Novell… heck, I even think that Red Hat has some. Is this a situation we wish to solve? Certainly. Does the fact of owning software patents mean you stand against Free & Open Source Software? Hardly. Does IBM own Software patents? Yes it does. Does IBM help Free & Open Source Software? It did more than most of the others, Red Hat excepted. Does IBM benefit from Free & Open Source Software? It certainly does, it even makes billions of dollars out of it, and they’re not the only ones. But the question is perhaps asked the wrong way, so let me rephrase it: There is a project, there is a team, or only one person, there is code. And when the code is available online, in the form of source code and binary bits, that you can access, study, modify and redistribute the software under these two forms with no constraints attached on the code, then you have Free & Open Source Software. That’s where contributors or sponsors come in. IBM is no different than any contributor or sponsor. There is given project with available code. IBM decides to contribute to it (the same is true for anybody else), period. Free and Open Source Software does not have bow to anyone to strive, because it does not have to “join” one camp or another. It is its own camp, which IBM, Oracle, Google, Red Hat, Novell, etc. agree to join for contributions or not. 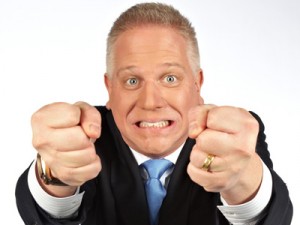 In this sense, Florian Mueller has been rattling his saber for almost a year now, launching “fatwas” and anathemas on selected vendors (IBM and to a lesser extent, Oracle) while refusing to address the very big elephant in the room: Microsoft. Now this is not a rant against Microsoft I’m engaging into, but truth be told, Ballmer must have a crack at watching its competitors diving into various anti-trust cases in which they’re involved. And he sure must be very grateful to Florian Mueller, although Florian’s actual impact is very much limited to his own buzz: There is a reality distortion field that seems to be on around Florian’s weblog. It does not go beyond it. Florian has no troops, no clout, no beef, no legitimacy, no credibility among the Free & Open Source Software community. The man seems to have enough money to drum along though and in this sense, he’s acting a bit like  the infamous “Tea Party Movement”: You create a pretendedly grassroots movement in the hope people will believe it’s real until some more people actually joins your cause. In this case, however, I’m afraid this “Tea Party Movement” is stuck at level 1: The Astroturfing stage.

7 Responses to "Is there really an Open Source “Tea Party Movement”?"