You are here: Home › emacs › Music players on Linux: choice or confusion?

Using Linux on the desktop on your computers will lead anyone to rely on a media or music player. A media player may not play movies (contrary to a movie player) but should be able to handle playlists, albums, and podcasts. What people quickly discover though is that the Linux platform has a many of these. A lot, actually. But it is difficult to know which one to choose, and depending on the distribution you may need to install additional codecs and other bits. Another aggravating factor is that while choice is good in these matters, no player really seems to stand out for each kind of platform. In my view, it has been already been several years that the choice of an actual media player for Linux is confusing. So confusing, sometimes, that I find myself wondering whether I shouldn’t turn directly to EMMS (yes, it’s that bad).

But first, let me explain a bit what I expect out of a music player. To me such a software should not just “play” music. Pretty much anything from the minimalistic JuK to the swiss-army knife of media player VLC can do that. A music player, by its very activity, provides enjoyment and entertainment. Its usage should be fun, elegant, and simple. Simple software to play music exists pretty much everywhere on Linux. But elegant, simple, fun, and perhaps even feature-packed? That’s a different business. let me share my experience with a few Linux music players so far.

F-Spot and Evolution. Firmly entrenched in the Gnome ecosystem, it is known for having been coded in Mono and having been sponsored by Novell at the time of their partnership with Microsoft. If we put this aspect aside, Banshee is one of the best featured player around: nice interface, plalist, track sorting, covers management, as well as the ability to play movies, CD-Roms and handle podcasts. Through its plugins it is possible to to buy and download songs on Amazon, subscribe to last.fm and Miro. and of course manage devices such as phones or mp3 players. Apple devices support is included as well. Banshee is still my default media player. The real problem is that it does not seem to be mainted anymore, at least not since early 2014. Hopefully people will be interested in maintaining it. 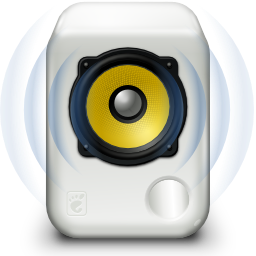 Rhythmnbox could in theory boast a feature set similar to Banshee. On top of this, it does not rely on Mono. In practice however, it does less, although its scope is pretty much the same and its interface quite similar but most annoyingly, I always encountered quality issues with Rhythmnbox: I’ve been trying it from time to time since 6 or 7 years at least, on distros such as Arch Linux, Fedora and Ubuntu. I had to deal with insane audio settings, random crashes and rather strange play list refresh problems. I am reluctant to try it once more, but surely people had had better experience with this software? 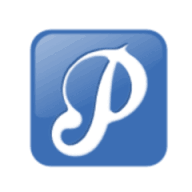 In terms of popularity, these three players are lesser known than the two listed above. All of them are based on GTK+ . Pragha stems from the Arch Linux community and the Consonance/Dissonance project, Audacious is a distant Winamp/xmms offspring, and Exaile is comes from the XfcE ecosystem. These three do a good job, but each three tend to have a more basic featureset: playlist management, music player, CD-ROM music files integration. Beyond this, not much. Despite enjoying their simplicity, I ended up frustrated. 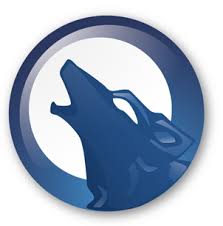 We’re leaving the GTK+ players to reach the shores of Qt and KDE based players. We’re starting with the most venerable and probably most feature packed media players on Linux with vlc. I have used Amarok; and I don’t know what you could not do with it. The problem is a bit specific in my case: KDE has never been my main desktop environment and when firing Amarok on my screen leaves me in a state similar to the one I’d be in if I was starring at a space shuttle control panel. Why? Because Amarok could also be used as control panel for the space shuttle. More seriously: the amount of tweaks and settings offered are close to unbelievable. The downside of course is that I grew tired of using it. It is too complex and I just didn’t like its looks. There are themes for Amarok of course. To install them, just RTFM… Back to staring at the control panel.

Clementine aims to be a 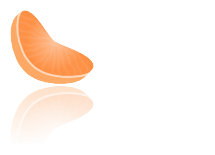 simplified version of Amarok, and in many ways it has succeeded. When listening to music on my KDE or Plasma desktop, that is actually the player I rely on. I have not investigated every feature, and so it is unclear how the management of podcasts work. Does it even exist? In any case it’s a nice tool, although I don’t find it to look slick or anything of that sort.

n’t use Elementary OS myself, but Melissa does. These two apps are written by two different

developers but they are part of the Elementary platform. I did give Vocal and Music a try though. Music was buggy at first but not in the version shipped by Freya. It does the job well, and while replicating the iTunes interface, it looks very nice. Vocal is a powerful podcast management and production tool as well as a reader. It looks really nice. I miss having everything embedded in one tool though. These two definitely have potential and I hope more and more people will use them.

My conclusion to this post is that despite many different initiatives, the media player stack of the Linux desktop is both fragmented and not performing very well. We could do with less choice, but more powerful features and slicker looks. It will be interesting to re-assess the situation again in two or three years but to this day, my experiences in this field have left me confused and frustrated. I do look forward to improvements!

15 Responses to "Music players on Linux: choice or confusion?"